2018 Awards for Excellence in Land Conservation

We are proud to celebrate and feature our winners for our annual Awards for Excellence in Land Conservation. In making these awards, CLCC seeks to recognize organizations and individuals who have made a substantive contribution to the ongoing success of land conservation in our state and projects that may serve as a guide to or be replicable by other land trusts and conservation organizations in Connecticut.

Since its establishment in 1895, CFPA has been a statewide leader in land protection and management, environmental education, and public policy. Also a land trust, CFPA protects over 2,000 acres of land across the state, conserving working forests and corridors along the 825-mile Blue-Blazed Hiking Trail System. Serving as CLCC’s fiscal sponsor from 2010 – 2017, CFPA generously provided our organization with structure, support, expertise and guidance, and has been an essential partner in CLCC’s path to independence as a 501(c)(3).

Learn more about CFPA and their amazing work » 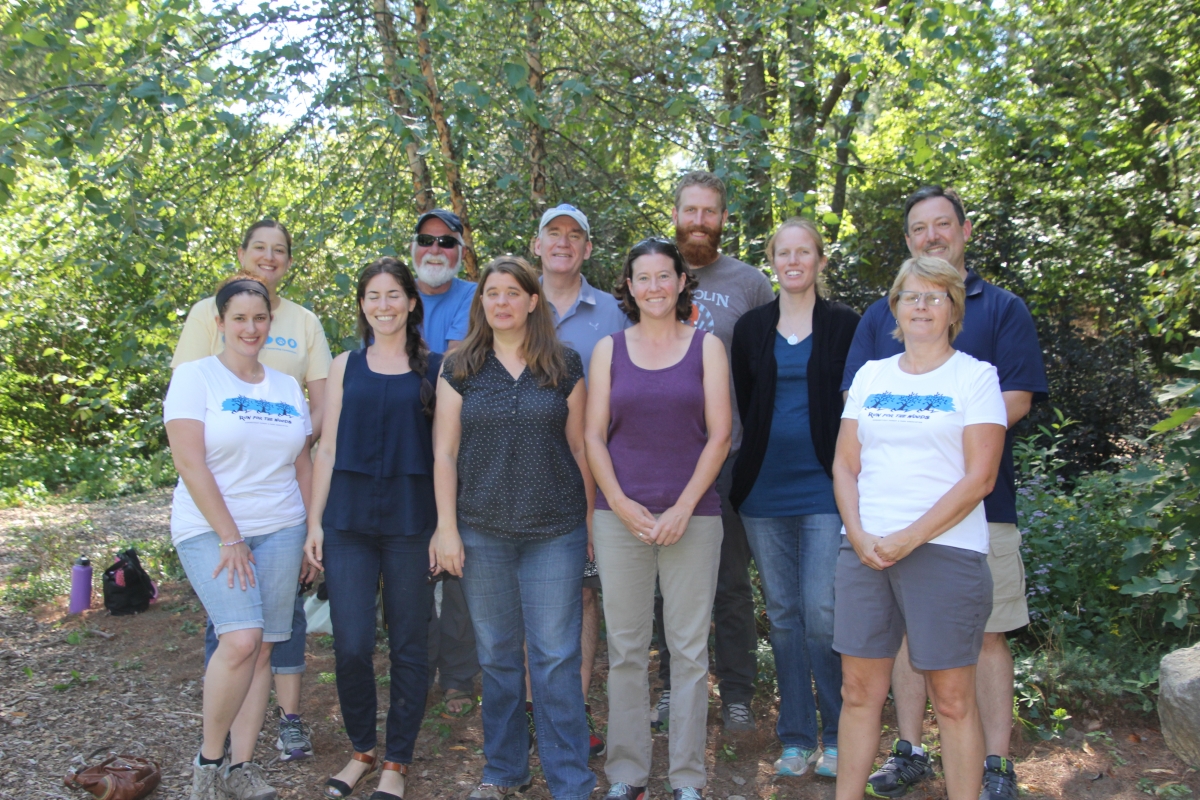 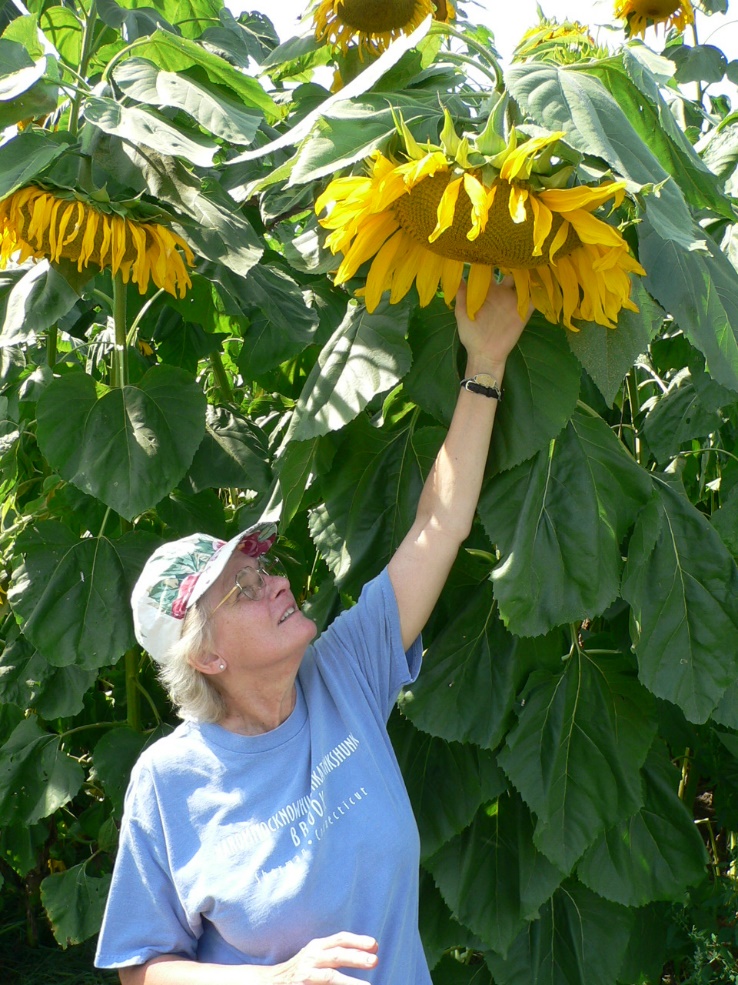 Marge is passionate about every aspect of land conservation. She has been working to protect our magnificent surroundings for decades in Sherman. Sherman would be a very different place if it were not for Marge Josephson.

Marge served on the Sherman Inland Wetlands & Watercourses Commission for many years including as its Chairman. She is a volunteer for many organizations in Connecticut, New York, and Colorado. This list is limited to land conservation organizations:  Appalachian Mountain Club, Colorado Coalition of Land Trusts, Continental Divide Land Trust, Friends of Dillon Fire District, Friends of the Great Swamp, Great Hollow Nature Preserve, Oblong Land Conservancy, Oblong Trail Association, and Weantinoge Heritage Land Trust. She is a member of the Steering Committee of the Litchfield Hills GreenPrint Collaborative

and she is a fixture at Connecticut Land Conservation Council workshops, round tables and conferences.

Of all these groups, the organization that is nearest to Marge’s heart is Naromi Land Trust. Marge has been the President of Naromi since 2005.  She began her tenure as a Board member at least 15 years before that. Naromi is the land trust in Sherman, Connecticut, and we are celebrating our 50th anniversary in 2018. Naromi has seen tremendous growth under Marge’s leadership.

Naromi has become a source of conservation education and the organization to connect people to the natural world through web and print publications, free hikes and presentations. Naromi has held 12-16 free events for the public each year for more than 8 years. Naromi hired its first Executive Director in 2016 and has been awarded Accreditation in 2018 from the Land Trust Accreditation Commission.

Naromi has expanded our trail system to include outdoor opportunities for all ages and abilities, from our disabled accessible boardwalk at the Wimisink Preserve to rugged trails that traverse several miles.

Naromi has restored the Wimisink Preserve, once overrun with invasive plants to a teeming ecosystem home to many sensitive species of plants, insects and birds. In 2014 the Wimisink was designated an Important Bird Area due in part to the beloved American Bitterns who call it home.

In 2017, Naromi took part in the GreenPrint Collaborative AmeriCorps project that resulted in the reopening of Naromi’s West Briggs Hill Preserve. One section of this preserve was so infested with barberry that the trail was impassable. With hundreds of man-hours of volunteer work by AmeriCorps teams and Naromi volunteers, the trail is open and the invasive-free lovely interior of the preserve is accessible once more.

Naromi permanently protects 12% of Sherman and growing. Naromi has had 11 fee land transactions and 10 conservation easements resulting in the permanent protection of 370 acres since Marge has been President. Marge has been an advocate for several other conservation projects in the Sherman area including Happy Acres Farm, Deer Pond Farm, and Great Hollow Nature Preserve.

In 2008, Marge led the acquisition of the Towner Hill Preserve. This is an 81-acre double hilltop seen from countless places throughout our region. Towner Hill features a large pristine vernal pool to which Marge has led hundreds of people throughout the years to bear witness to the full-throated chorus of the wood frogs during their spring ritual. The acquisition was a feat. Naromi received funding from the Town of Sherman, an Open Space & Watershed Land Acquisition Grant and a Highlands Conservation Act grant, as well as private funding. This was the first time OSWA funding and Highlands funding had ever been combined to support a single project, and it required a new state statute to accomplish the task.

In 2018 Naromi was awarded another OSWA grant, this time to fund the purchase of the Eastman Parcel. This parcel abuts Naromi’s Herrick Preserve and the Appalachian Trail corridor. Preservation of this parcel would add 38 acres to an unfragmented forest block of 700 acres. Marge has been actively working to permanently protect this land since at least 2012.

Marge’s dedication to conservation is evident through her extensive volunteer work. She is generous with her knowledge, her time, and expertise.

Her deep and abiding love of nature that is contagious. She has hiked more extensively in Connecticut, Massachusetts and New York than any other person I know. She is a founding member of the Intrepids, an informal group of women who hike at a different place within reasonable driving distance from Sherman each week throughout the year. She appreciates and admires the plants and wildflowers of each season; the butterflies, birds, and mammals; and the beauty in natural phenomenon like iced lily pads on an otherwise liquid pond, and windswept snowdrifts. She and her husband Dennis Larkin often enthusiastically share photos and videos of what they see. She knows the behaviors of individual hawks who prefer downy woodpeckers, but not hairy woodpeckers; of a fox kit who likes to watch cars go by on her quiet road; a raccoon family who visit her birdfeeders for an afternoon snack. She is also one of the people in Sherman who can say Naromiyocknowhusunkatanshunk – the full name of the brook for which Naromi Land Trust is named.

It is when I am under a pile of procedures, budgets and grant applications that I remember Marge’s example to go outside, look closely at natural wonders near and far and deeply appreciate the impact of conservation. 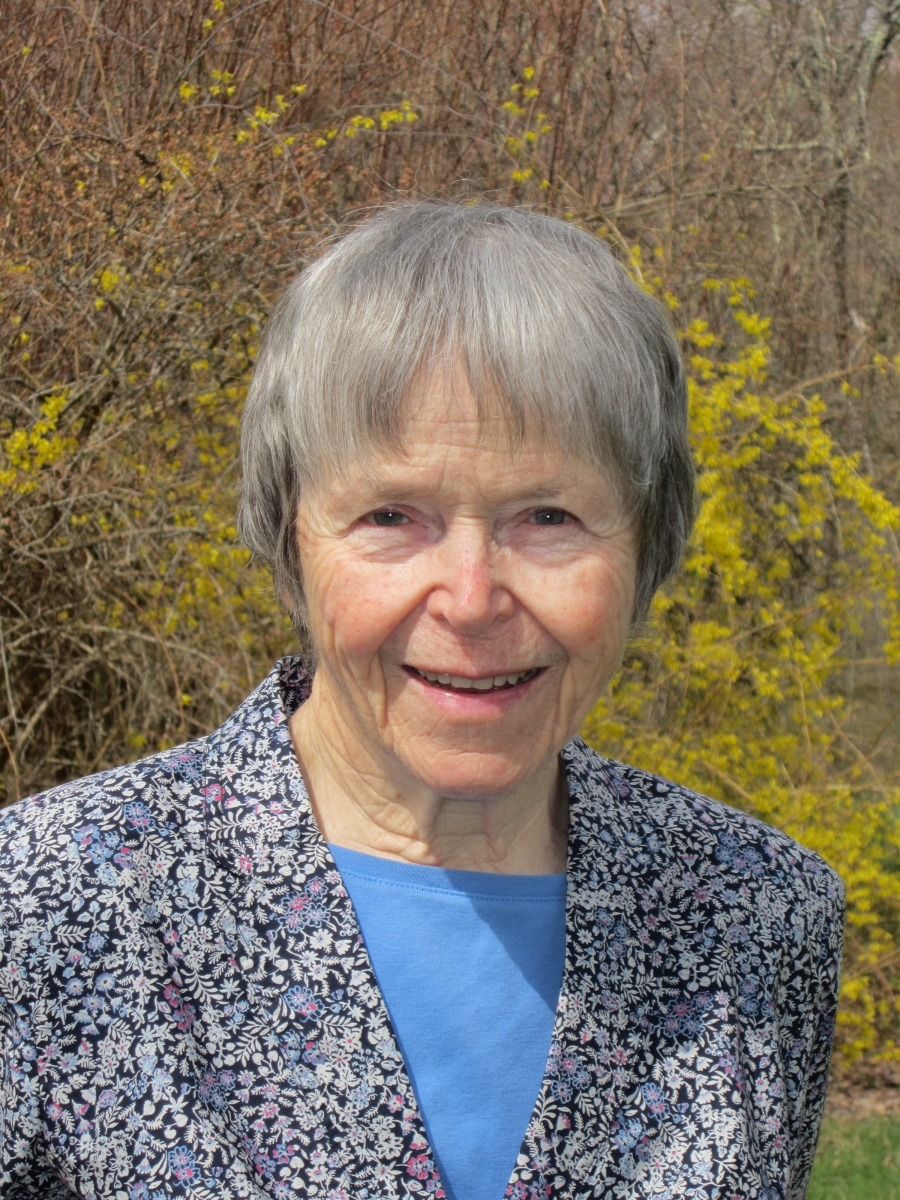 Gail Sangree was one of the original founding members of Watertown Land Trust in 1974 and has served continuously on the board since incorporating. Most recently, Gail has been the President of WLT for over a decade and has been the prime mover for the Land Trust during this transformative period. Her many years in Watertown, her friendship with many conservation-minded people, her mild-mannered demeanor, and her tremendous work ethic have been invaluable to WLT’s efforts.

Gail became President at a time when the land trust was in a “quiet” phase and she reinvigorated the organization. Gail spearheaded three high profile land purchases which required raising over $1 million by

writing grants and beating the bushes. No mean feat for any organization, and particularly impressive for a one-town, all volunteer land trust. The most important purchase was Osuch Farms, a singular achievement in Watertown. Through fervent and successful grant writing and a coordinated effort under her guidance, Watertown Land Trust raised $477,000 to purchase this landmark farm. Other acquisitions are the Schienda easement and the Franson property.

Gail can also be found out of the office and in the field, tending to a favorite WLT preserve near her home. Finally, and in her typical forward-thinking and humble fashion, Gail initiated a succession plan so that Watertown Land Trust could have a new leader who Gail could help mentor. Gail truly has “done it all” for WLT and for conservation in Connecticut! 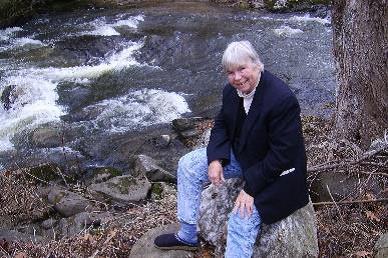 Margaret Miner is Executive Director of Rivers Alliance of CT, Co-chair of the CT Water Planning Council Advisory Group, a member of the State Natural Heritage, Open Space and Watershed Land Acquisition Review Board, and a former Executive Director of the Roxbury Land Trust.  As an advocate on behalf of numerous environmental organizations throughout the state, Margaret has received numerous awards for her work protecting water and open space. While Margaret’s reputation as the go-to advocate for “all things water” precedes her, she has also worked tirelessly and persistently to protect public lands. As Margaret always says, “There is no better protection for the state’s waters than natural open space adjacent to and around a water body.“

Presented in recognition of Representaitve Ziobron's leadership and unwavering dedication to protecting the integrity of the Community Investment Act and support of the Open Space & Watershed Land Acquisition Grant Program during the 2018 session of the Connecticut General Assembly (February – May, 2018)