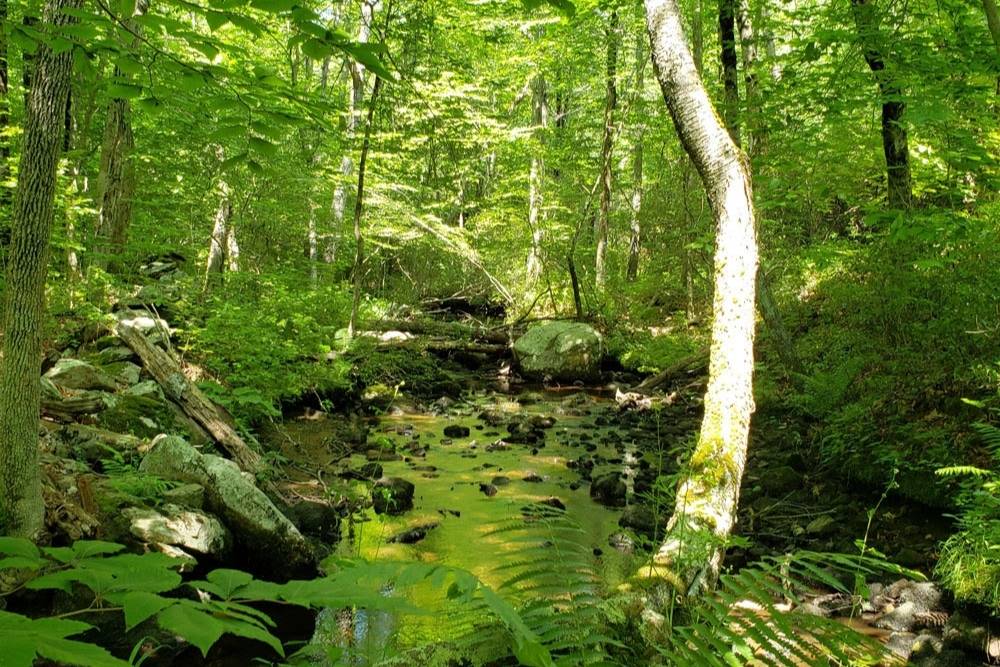 In 1982, Herman Sheets purchased an 86-acre parcel on Puttker Road in North Stonington. Until Mr. Sheets’s death in 2006, the land served as a routine stopover for him and his wife Paulann’s six children and seven grandchildren when they visited. Thus, it became known as “granddad’s forest.”

In 2016, Paulann listed the parcel for sale with the intention it be sold for conservation. Avalonia Land Conservancy purchased the parcel, now known as the Herman E. Sheets Family Forest, with funding support from CT DEEP’s Open Space and Watershed Land Acquisition Grant program, the Bafflin Foundation, the Summer Hill Foundation, Ducks Unlimited, Sustainable CT, and the Town of North Stonington.

The forest is part of the Wood Pawcatuck Watershed, provides critical habitats for wildlife and birds, and will be open for hiking, birding, trail running, and fishing in the Green Falls River…